Thaipusam is a key Hindu ceremony that is held each year during the full moon in the tenth month of the Hindu calendar – falling from mid-January to mid-February in the Gregorian calendar. It is marked in Malaysia by a public holiday.

Thaipusam is usually celebrated with a public holiday in Kuala Lumpur, Putrajaya, Johor, Negeri Sembilan, Perak, Penang and Selangor only.

Thaipusam is an annual festival in which millions of Hindu devotees across the world take part in one of the world’s most passionate spiritual celebrations.

Thaipusam traditionally falls on a full moon. The celebration is held as a tribute to the Hindu god of war, Lord Muragan, honoured in sacred lore for slaying three evil demons in the name of good virtue.

On the first day of Thaipusam, there is a procession along the streets of Kuala Lumpur led by a chariot that presents a statue of Lord Muragan. On the second day, there is a long barefoot walk to the Batu Caves for the purpose of vow fulfilment. 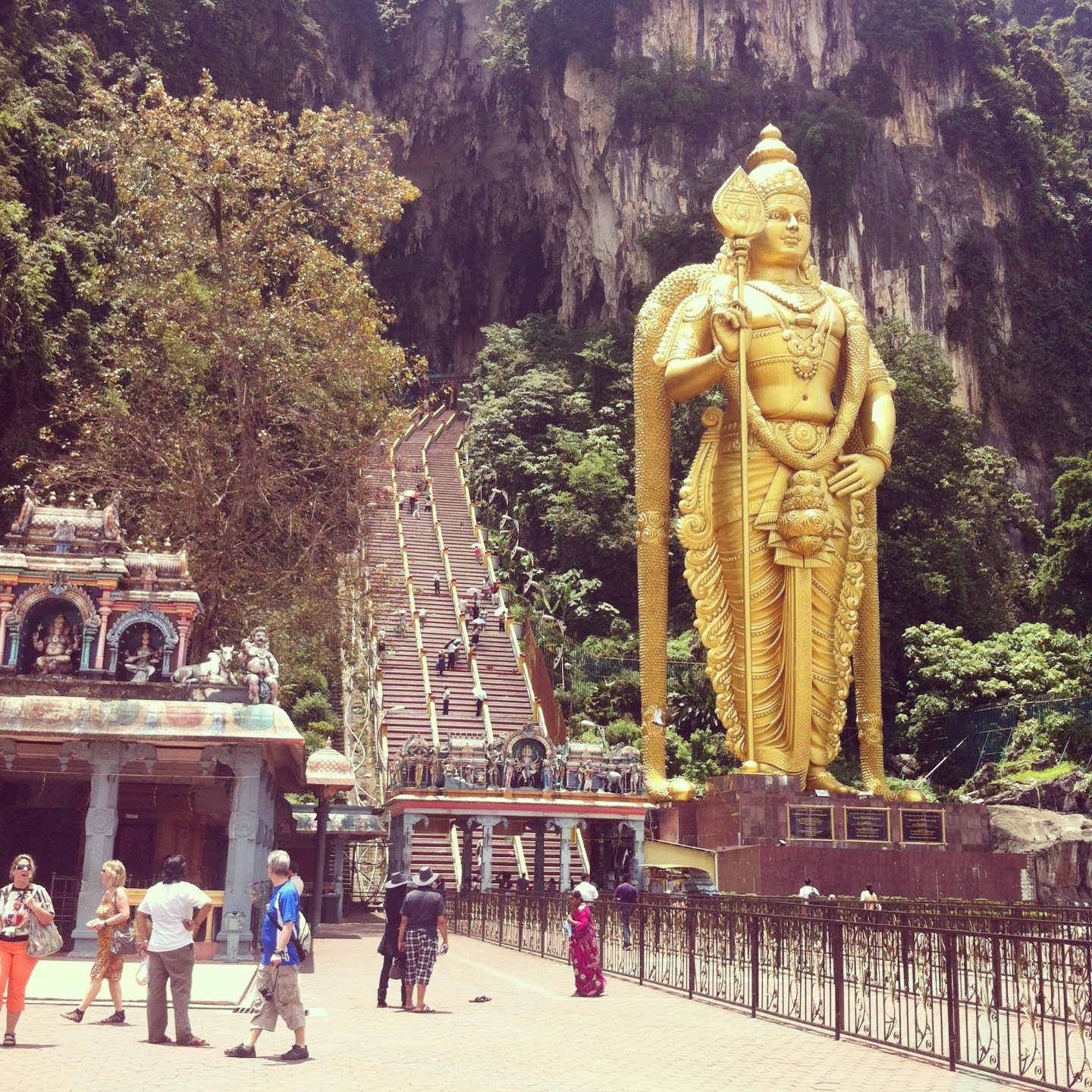 The walk to the Batu Caves is generally the most popular element of the celebration. During the pilgrimage, some devotees will carry large milk pots and ornate frames (kavadi). The kavadi are supported by a series of spikes that laterally pierce the skin of their chest and backs as a symbol of penance.

Upon reaching the caves, devotees are greeted by a 42.7 m statue of Lord Muragan. They will then climb a large staircase into the limestone caves, where shrines awaiting offerings are enclosed in the caverns.

On the month leading up to the pilgrimage, those who have decided to bear the kavadi will have mainly subsisted on a heavily restricted diet and completely fast on last few days before the pilgrimage; naturally, these extremes demand of very high level of mental and physical fortitude.

Not all devotees who take the pilgrimage will pierce their skin with hooks; many will just opt to carry a pot of milk, which serves as a symbol of fertility and abundance in Hindu faith. Many Hindu devotees consider Thaipusam to be an expression of loyalty and allegiance between people and the deities. In a sense, it could be considered a form of thanksgiving to Lord Muragan for any prayers that he has answered.

Traditionally, participants in the festival will offer Lord Muragan their gifts in the form of orange and yellow flowers and fruits while wearing similarly-coloured clothing. There are multiple offerings made to a great number of many different shrines, though the Batu Caves hold the most popular shrines of all.

At Thaipusam, parades and rituals are held across the country, with devotees performing ceremonial acts at different locations – the most famous being at the Batu Caves in Kuala Lumpur where more than one million people gather on Thaipusam each year. Tourists flock to see the colours, noise and activities of Thaipusam.

“The most spectacular, colourful and dramatic part, much photographed by tourists, is when devotees who have made a vow during the past year, redeem it by carrying ornamental structures (kavadi) attached to their bodies by hooks and steel spikes that penetrate their flesh. The kavadi also contain two small pots of milk, which are used to bathe a statue of Lord Subramaniam. The devotees coat their bodies with holy ash, wear saffron robes, and may insert metal skewers through their cheeks and tongues.” –Culture Smart Malaysia